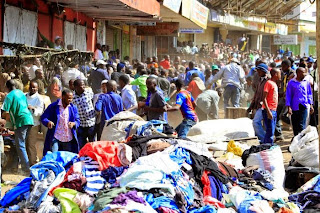 Kenyans are a very interesting people. We possess some very ‘weird’ characteristics that make us difficult to understand ourselves. Some of the thing that we demystify something in use beyond rationality.

It perturbs to see the paradox of life between the affluent and the ‘strivers'( people that are not very well of in their finances). Calling them sufferers is indecent. Style of dressing speaks volumes. A close analogy shows that the strivers tend to always keep up with the trends in the market. Most their resources put in their dress code. This being with a comparison from the people from affluent societies. Some of them you may end up asking where they take all their money. As you may confuse them with the struglers, let alone the striver. The striver  are the one who run up and about bragging of what they are capable of. While their achievement is negligible in relations to the very silent achievers.
Speech is another very big concern. Kenyans exhibit very diverse but also very close linguistic characteristics. It is the Nairobi ‘invaders’ that are always trying to rule Nairobians. These individuals who ended in Nairobi few years ago are either trying to speak in languages you can hardly process. They tend to speak in a sheng that you may end up questioning the comprehensive ability or even the origin. If not sheng they begin to accentuate. they develop some accent that you may wonder where on earth they learnt from. Some of them are from Gakoromo-ini trying to copy accents from the British and Naija movies they have began watching. What would be the problem if you just used simple good English or Swahili?
It really puzzles on what rains in town and cities. You will think Nairobi rains cars, people and money. In the event that drops begin to be witnessed in Nairobi, people flood the bus stations, roads and highways turn into parking lots, as matatu fares are tripled. While the expectation is that people wait until the rain subsides, everyone want to leave their offices with the rain. This leave you wondering doesn’t everyone know that there will be hectic traffic with the rain?Or do we think that other will opt to wait for the rain to subside unlike us?
The worst paradox is the Kenyan curiosity. this is a hard one to explain. Kenyans want to be in the riskiest places. everyone wants to be the first witness, the first to tweet or even the first to die. Why would a grenade attack in Kenya attract thousands of onlookers? Why would you want to see a bomb explode?  Kenyans are and can be a very difficult people to understand.
This has also been translated in the marketing field, to explain why Kenyan buyers exhibit very complicated buying habits.
Share. Twitter Facebook Pinterest LinkedIn Tumblr Email