The art of professional begging.
The begging trends!
It’s around 8:45PM, am next in line.
Suddenly the guy in front of me turns with his fist ready for a fight. What could a harmless guy like me (harmless only because I have not fought anyone since class three. But don’t forget I did karate in school). I was on guard for times like these call for. I check what could have caused such disturbance.
The only other person in the vicinity other than the three of us is this guy.
His age cannot be clear defined; his wrinkled face could place him in the 50 year old bracket. His protruding jawbone and cheekbone add another 10 years. The closer he comes towards where we are a stench of a mixture of ammonia, ethanol if not methanol and some traces of barley.
The once white shirt, whose current colour cannot be found on a colour scheme, gives a harder task of detecting the collar. His pants are a discussion for another day.
He can hardly balance on what………. knows what. It looks like it was once a plastic chair or stool, but it is zero-legged, colour is something close to white. His hands can hardly propel him one complete cycle.
Am now at the counter, even before I place my order, I feel this touch, or was it a scratch? One able to calm the strongest itch. I turn.
“Ni…..ni… nu..nunu…nununu…nunulie….u.uuu..uuunga”
(Buy me flour)
“Haaaa hakuuuna haaaja waaatooto waangu waaakuufe uuukiioona”
(There is no reason my children should die while you watch)
The scratch again, no I mean the touch. I can’t handle it any more. I turn to him; just I time to avoid an accident. I have to pull a serious face, (for those of you who know me know how hard this is.)
I have to turn a blind eye on him. It is more humane to. How am I expected to react to this guy who is not only staggering, but staggering on a wheelchair. If he really needed Unga he should have bought it instead of buying the alcohol. If he has a family for sure, this is irresponsible of him. Who would in his right sense of mind send a challenged guy like him for a drink-up. If we want to think that he didn’t buy the alcohol himself. Outside this interaction here I would have pitied him.
How genuine are the guys begging?
Some of the people you find on the streets begging are not actually needy. Or worse they misappropriate the money they get. The most unfortunate part is that it’s difficult to know who I genuine. 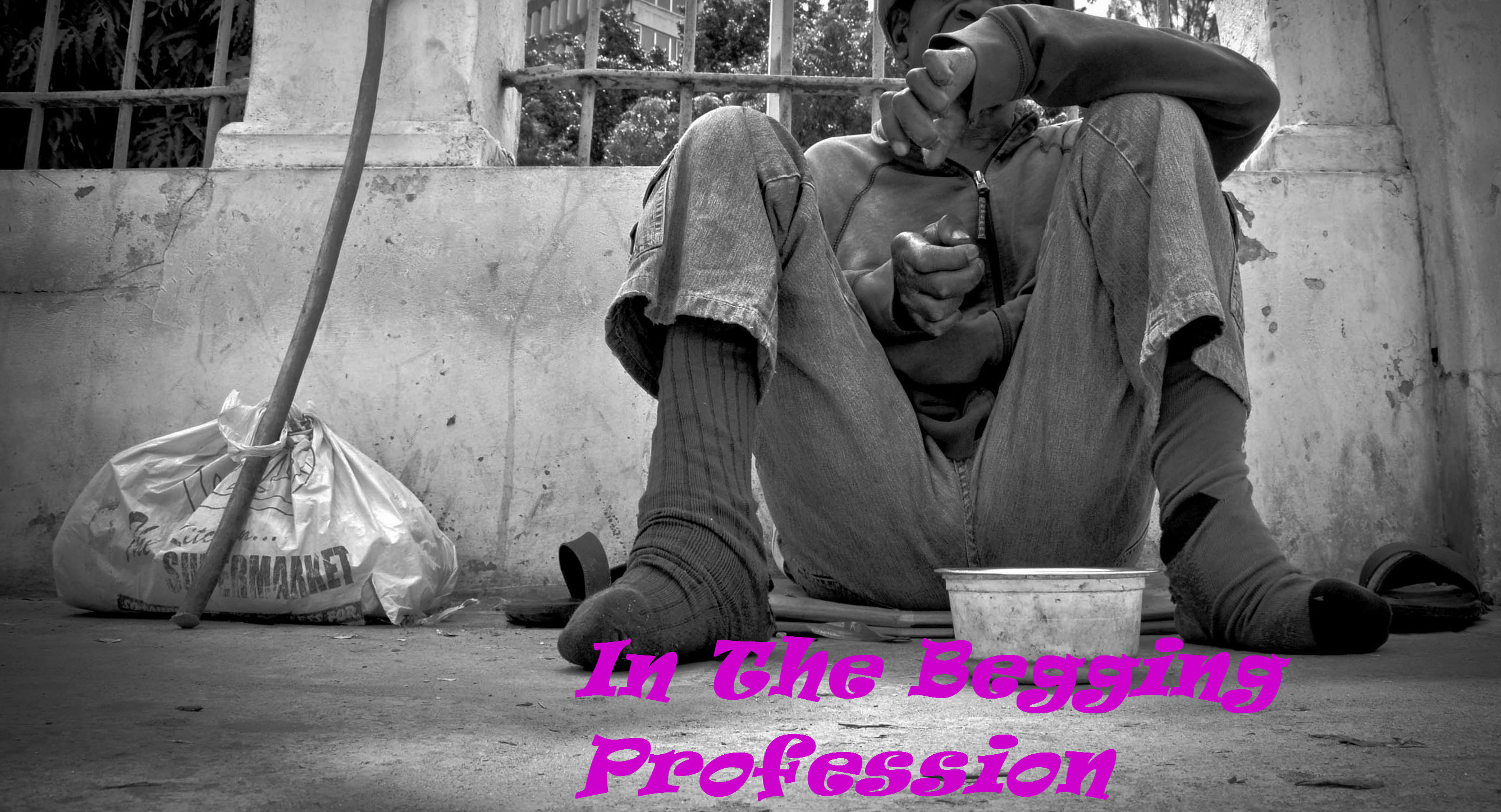 If you look around the streets you will find so many that have embrace this art of begging. Some you ask yourself if they are really needy. There is this one gentle man at a Tom Mboya Street Bus terminus who really paints a bad image about being needy.
From his presentation, I fail to understand his position. Most of the times he is in nicely ironed plaid shirts and a pair of jeans that you can clearly bet is from them many clothing stalls. One of the days I really got annoyed was on a Saturday afternoon. He is dressed in a MUFC Jersey shirt. Close look confirms it is not those from Eastleigh. Shoulder seams are rubber protected, the embroidery can tell it all. His haircut is professionally done; this is not from any other barber shop. Yet just adjacent to him is another challenged guy(worse than him) selling snacks at the back of his wheelchair.Instead of begging.
Some of the method used these days border on insanity. Some of the patients need more of being in hospital, than out in the scotching sun begging. How cruel are some relatives to these patients. They expose wounds for passersby. The site does not deserve a second glance. Their health is at risk. As some of them live unattended, as this is a money venture.
Health is more important than the money. The sacrifices some of them go to are insane. Getting to town as early as 5:30 AM for business. And paying as much as 300 shilling to be taken to their centres. There is a particular lady who I only see when it is rainy. She is out in the rain and cold. Some of the activities evoke a feeling of negligence.
The pride and arrogance of some beggars is unmatched.
Over the weekend along the streets of Nairobi I met two young boys around 15years. One hand is holding a once so called water bottle half-full of glue. The other hand is hidden within this wear that I clearly don’t understand what it is.
“Boss Nipe kitu, ata kama ni 10 bob”
I ask to give them 50 shilling one condition. They both surrender the cans of glue to me. They decline my offer. I clearly did not understand the reasoning behind declining the offer.
What has broken my heart and inspired this article is a 5 years old girl I met yesterday.
8:40PM, Aga Khan Walk
“Nipee pesa.”(Give me money) She asks.
From my previous experiences I told her I would not give her money. But I promise offer to buy her food. Her response shocks me.
“Ntakula tu kama utaniunulia kuku.” She says
(I will only eat if you buy me chicken)
How could she be this arrogant? I try to convince myself that it’s a joke. I pick an orange I had bought on my way. Peel it carefully and offer her.
“mdomo yangu haiingiagi machungwa. Yangu ni ya kuku tu”  She bursts.
(I don’t eat oranges, Chicken only)
At this moment I feel insulted. But I get interested in knowing her. How she ended up in the streets. She tells me how they came with the mother in the morning. She shows me where her mother is seated. They live in Kariobangi.
The good guy (I) offer to pay their fare to ensure they get home. Her response is what breaks the camel’s back
“Kama hunipatii pesa, ata fare usitulipie.” Swinging her head
(If you don’t give me money, don’t even bother to pay bus fare.)
I nod and leave her in utter shock not understanding how she could be that rude.
This art has been taken too far.
As I conclude, I would like to applaud those who have gone beyond their challenge and found something worthwhile to do. From selling sweets, newspapers and magazines, and even running shoe polishing stands. You are a real inspiration.
Among the best people to go above their challenges is Wanja the great artist