I have become very sceptical in helping beggars since the year began. This is because of the people who have joined the profession. A friend over mine after my article urged me never to care about whether they are genuine or not. And I should rely on my intuition.  I felt it was a valid reasoning. Until this day.
I have been convincing myself I am there to help. That I was blessed to help. But no. Why do the beggars I help compete for Oscar awards. It’s 11 o’clock in the night. This is burning me inside. It has clogged my throat. It wants to come out. I can’t hold it any more.
Back to my beggars’ incident. No. I am not a beggar nether do I own one. I have been having bad experience with regards to beggars.
I am in a matte going to town to pick my camera. I could not attend one of those great event without a camera. What will a wear to the event. I am in deep thought on what and how to combine. Before I could make a pick. There is this guy. Dressed I a gray t-shirt whose tattered neckline whose best guess would be it was originally brown. He begins his narrative about how he is in the current state. Starting from gikomba to mlango kubwa. How it was raining heavily  (the El Nino rain whose money was gobbled down when he delayed.) and that while pulling his Mkokoteni (cart). And a motorbike lost control due to the heavy downpour. It hit him and crushed his left foot. He explained of how well wishers took him to Kenyatta National Hospital and a nurse who despite the tribal difference opted to help her out and take care of his wounds. Chest pain were also part of the problem he faced. Few coughs in between the speech nailed the point home. He then asked that only people with guts to see should check. 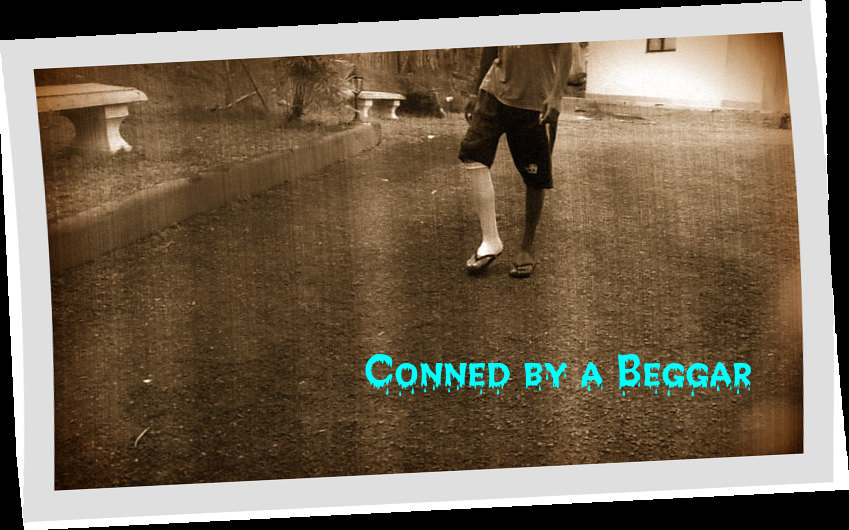 He pulled the trouser up. Although the wound was covered. It was very graphic. With a mixture of white and yellow purse fighting to come out of the bandage first. The bandage was skillfully wrapped with some ointment done.
Being the brave guy I watched. It’s with the view that I got lost from the conversation. I could not watch it any longer. It was disgusting. He started asking for help. “Kitu yoyote uko nayo nitashukuru.”
(Any amount will be highly appreciated)
People gave wholeheartedly. Guy were touched. Literally. He came limping slowly as he received. By the time he was getting to where I was seated, my intuition ask me for give. I obliged.  I had a twenty shilling coin in my pocket. My hands dashed in. And for the next one minute they ransacked all my pockets but the coin wasn’t there. I decided to give the next denomination in line. A fifty shilling note. The lady seated next to me had greater conviction. She pulled a five hundred shilling note. She placed it on his hands and pick three hundred shilling in return.
One of the people on the back seat while trying to give his convinced amount, it fell
It was a coin. The energy to look for the coin was emence. With the donation complete he thanks everyone and shares a blessing while leaving.
Thirty minutes later.
My camera guy has not come yet. Anger is testing it’s boiling point in me. Then someone running to cross Tom Mboya street. Screeching. He is almost hit by a bus. The person is familiar. I try to search my mind.
I recognize the t-shirt. He is running.
It’s the beggar. He is no longer limply. How?
He then gets to his pocket. Removes the money and starts counting. I can clearly spot my fifty shilling note. I feel like picking it back. But I think about my neighbor who gave more than I did. Am almost pouncing on his neck. How much will it change?

I move closer to him. Unanikumbuka? (Do you recall me?)

From his face he is very confused.  Am not willing to wait for the answer.

There was nothing like sickness.  We were duped. I was duped.
Now it’s certain. No helping beggars anymore.