Hotels have the right to admission but they also have the responsibility to treat those they admit with courtesy and dignity. This forms the basis of my rant. I am the guy who not almost remembers everything. I choose to also remember the good and the bad. I will not be the guy who forgets all the good times and decides to produce music aka the Takataka music mentality.
Exactly seven months today on a Tuesday, I was with my great friends JM who we have walked the journey of life together. JM was getting married that coming Saturday. We had just come from the tailor who was doing our suits. Like most tailors, he had not started let alone finish our clothes. This is a whole rant in itself. Of frustration JM advice we need to seat somewhere to reflect on the goodness of the Lord and the silver lining of the situation we were in. He tells me there is a place opposite their office that has amazing tea.
‘Hiyo place ndio Java ya chai’ JM tells me.
We leave Jevanjee headed to Afya centre where his office is. We get to KTDA house on Tom Mboya Street and there is our destination. JM this place is not opposite Afya centre. It is close. For those who know the place know that the locus is faulty. Throughout the walk here my had tried to figure out how you can have mango tea. How mango and tea could be in one cup. But finally, I got to enjoy my first and favorite of all the teas I have tasted; forest fruit tea. This was an amazing discovery. Then we had this long discussion as I received insight to upgrade to the level he was now in. I was meant to act on the information JM shared.
The only way I was going to bring a friend here is if I had more experience with the place. So I visited the place several times. Which I did and on this Tuesday afternoon a meeting I had looked forward to materializes. We set to meet so that she experiences the amazing discovery. Others would want to call this a date for the feel-good effect. But I wish to call it a month. She took too long to arrive. She made so many promises in terms of when she was arriving. The time kept moving from 4 PM to finally arriving in the 7 PM hour. And I order for her the tantalizing Forest fruit tea where she completed the order with a hotdog. The millennials moment would not pass just like that. She took her phone and tried to capture the memories. Then came the statement that I have come to be used to;
“Wahome si uko na Oppo piga tuone vile itatoke. “ 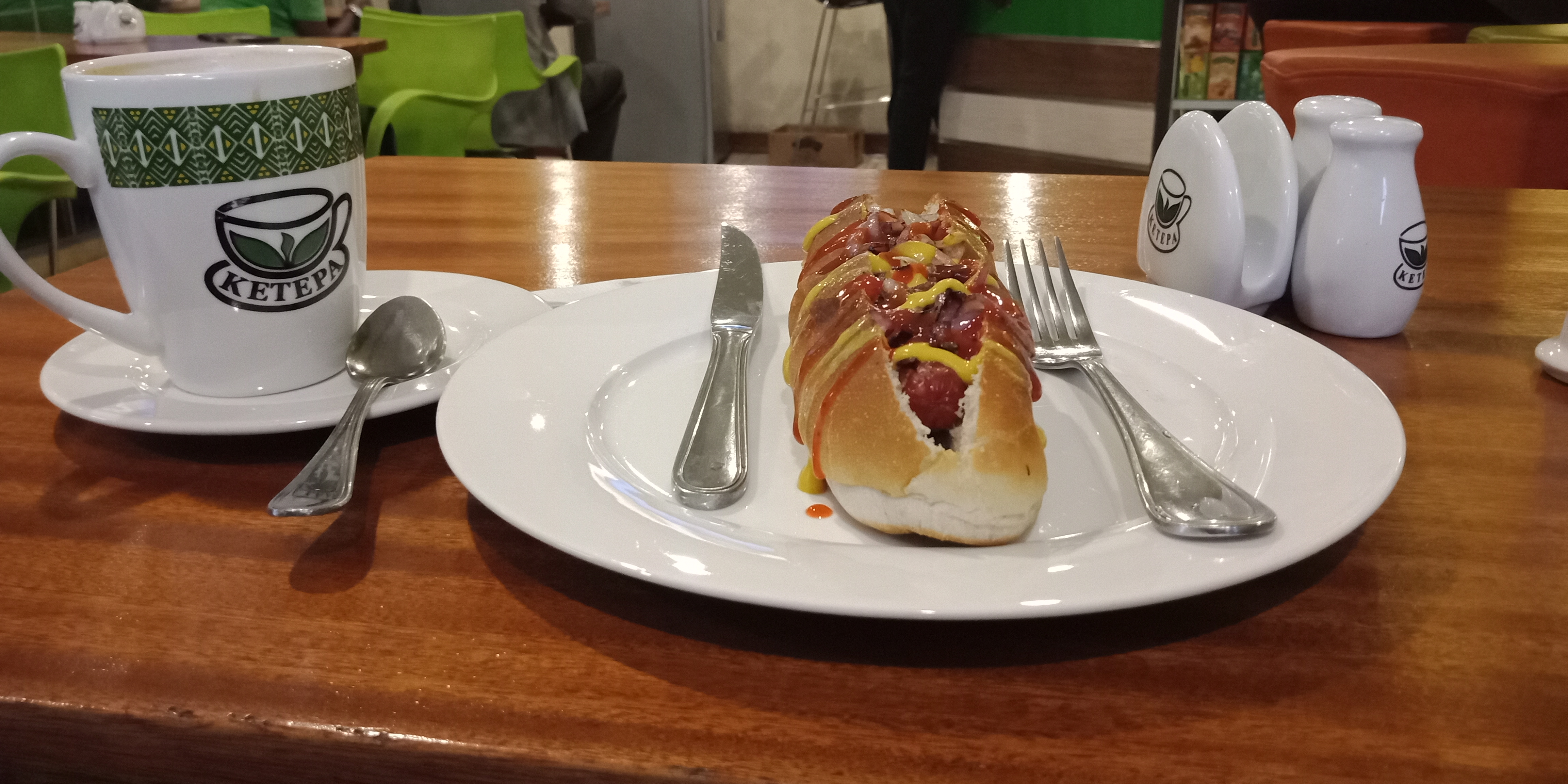 Testing the combination of skill and gear

It was now time to unleash my phone and my photography skills. Be the judge. I have greatly improved in my skill ever since.
She can attest to the photos I have produced since then.
We stayed till we were courteously asked to leave unlike today. I have introduced so many of my friends to this place. I have had quite a number of meetings ranging from business to family, social, casual stopovers. I was even never bothered by the many times their Wi-Fi was down because I was there to have a great experience. Or the many time the Majanigreen2020 password worked on one device and not the other.
My experience as a client began going south a month ago. This one time I am in town and I want to seat and I needed to snack a while making some phone call. I seat in and order. Even before my order is processed they bring me the bill and ask that I pay because they are closing shift. I tried to understand the guy who had waited on me but it turned a difficult. I let go. But today was the famous straw that has broken my back.
I am in town with her. We have been pacing around town for almost an hour making deliveries. We are done with that task and are supposed to finish working on a document. I think of where we could sit and work.
We agree I show her this place that is so close to where they board their matatus, that will also allow us to work. At around 4:40 PM we enter Tea House. We get a seat but the socket is quite far. By luck, the guys opposite us decide to leave and we head to their table.
A gentleman comes to wait on us and after revising the menu like most guys; even when you came with an already made decision we placed our order. It was my forest fruit tea, Mango tea, arrow roots, and brown chapati. I don’t need to emphasize on a healthy diet anymore. This guy goes but then forgets and returns to confirm, which I graciously do.
He brings the two cups of tea and the chapati. Even before my arrowroots are brought, the guy brings me the bill and stands as if expecting me to pay. I engross myself in stirring the tea. He looks at me and leaves. Minutes later, my arrow roots come smoking hot. At this time, we have started collaborating on the document. I pause working and decide to eat first. This move costed me.
No sooner had I finished with my cup than the waiter arrived wanting to clear. But because she was not done he went back but not without checking for money where he had placed the bill. I continued working but only for a short while before the tables literary turned. She had just taken the last sip of her tea and he landed on the table in so much hurry to clear. I can’t guarantee you he took the utensils to the kitchen. In less than a minute he was back. He picked the bill and asked me to pay.
Out of curiosity, I asked whether everything was okay. I asked what the hurry was.
‘Kijana itabidi umelipa bill sahii.’ Dismissingly he left.
Being in my frequent paybill numbers, I paid without a problem.
Here is where I use the no sooner conjunction again. No sooner had my phone started vibrating from mpesa and the nuisance Kochokocho messages, than two menus, fell with a thud on the table. I sincerely assumed anything had happened. She picked them and placed them together and we continued conversing about the document.
The waiter came back and asked us to order and I didn’t answer, I sip the water that I had bought from them as I came. That must have angered him and he went and came with his manager or whoever he went and told. The came breathing what was meant to be fire. I tried to reason so that I understand him. This hit a dead end.
When there was completely no hope, I asked for 10 minutes to clear and leave. Exactly two minutes later he was back literary kicking me out. Feeling harassed I confronted him. I asked what it cost to have me continue sitting since I was not done.
“I am not kicking you. Lakini tunataka wenye hawajalipa wakae. Pesa yako tushapata”
I asked him what difference was there in what he answered and throwing someone out. At this time the junior guy had brought people to where we were seated and trying to hasten us out.
He kept saying he is not kicking me out but I should leave. I decided to follow him to the cashier to confirm payment had been received before anything else went south.
Still trying to be polite amid great anger I told him that it was not right. His words cut deep.
“Hii Ni biashara. Tunataka watu wa kukula haraka wakiendaga. Si kama wewe. Kaa na pesa yako na ata usikuje hapa tena”
At this point there was nothing else to do or say.

My ParTEAng shot
I will keep my money to myself from today. No one knows the value of a client by just looking at them at their face. My value today was the time I was sitting, not the over fifteen friend and family who go there because I referred them.