Today I was challenged by the smoking community. I was working at a five star hotel in Nairobi. I needed to power my laptop and send an urgent email.
I sought help and the only available socket was in the smoking zone.
Without a doubt I went in.
The first person I met was a guy from Paris who was too friendly and generous allowing me to share with him a table. He offered me a cigarette but I gladly declined. After my email was sent I was motivated to stay in a little longer. 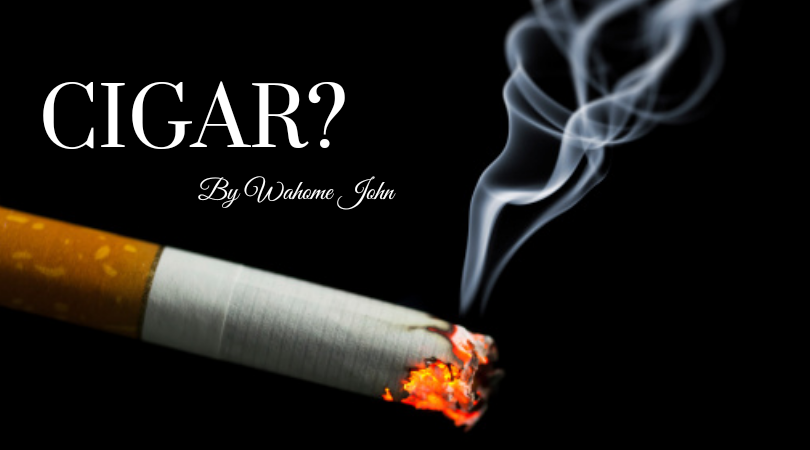 Observing the great generosity and friendliness. Guys offering other people who they even didn’t know help. From sharing matchboxes and lighters to exchanging cigars and cigarettes. Sharing of ashtrays and comparing flavours without prejudices.
It got me thinking, how often does our religion/faith get manifested in our day today happenings.
The atmosphere and treatment in this space was better than many churches or places of worship. Many are the times we profess the faith but our actions are contrary.
Because they are all smokers, the least they could do was be happy and concerned for each other even if they were strangers.
If this were to be our behaviour a lot of our current issues would be a thing of the past.
Because we are followers of Christ, if I should see you suffering, it should be my responsibility to offer help. But instead we go out with loud speakers gossiping and killing our wounded soldiers.
I at this point wished that we christians could emulate the genuine concern for others in actions before we preach about it.
I am not an expert in cigar identifying and valuations, but what guys were pulling from the cigar and cigarette boxes is surely valuable.
The entire time they were not judging each other according to classes, in what they we exchanging and conversations they were having. But in our lives how often do we segregate others according to their social strata. Forgetting we all belong and serve the same God.
By the time I was leaving these guys were talking as if they had known each other for ages. From family to businesses and travels. I left thinking how often have I been concerned about another believer’s life, just because of our eternal bond than the fact that we are mere friends on earth.